What Are Groups In Tally Prime 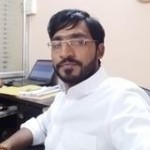 What are groups in tally Accounting?

Someone in tally is called a group. And what are these types? In Tally, groups are a group of ledgers of the same nature. And in Tally, the group of ledger is called groups. In Tally, when the accountant maintains the group, the reason for maintaining them is that he can easily see the information of the entire group. A group is a group of groups of similar nature. In these groups, every ledger is being maintained automatically according to its nature.

How many groups in tally prime?

How to create group in tally prime

groups in tally. There is a big group of sub nature in which all the ledgers related to the group are inside the group. Let us know how to create a group in tally prime.

How to alter groups in tally prime

than you can rename the groups name and enter. you group name will be change.

Why important to create groups in tally

groups There is a group of ledger in tally which shows all the related ledger. Whenever the accountant maintains the transaction of a company in Tally, with the help of groups, it becomes easy to understand what is the status of which group. If he does not maintain the group, then he has to open each ledger and see it. Due to which it will take more time and everyone’s details will have to be kept separate. Creating a group will not waste time and the information of any group can be seen quickly.

What is Accrued Income

Difference Between Expenses and Losses

Meaning of Goods And Service Tax (GST) in India

4 thoughts on “What Are Groups In Tally Prime”